Have you ever watched one of those flipping garage sale items shows like HGTV’s Flea Market Flip and thought, “I think I could do that, but I just don’t think it’s as easy and profitable as they make it look on TV”?

As it turns out, TV hype aside, there are thousands of people doing exactly that. They’re buying items other people are trying to get rid of on the cheap and selling them at big profits to someone else who wants those exact items.

It is doable, and I know because I’ve done it myself. And I’m hardly the only one. As you’ll learn from reading this article, there are plenty of other people – people just like you – flipping garage sale items at big profits. Some have even turned it into a full-time career.

You can get the full story by watching my video, I Flipped These Sneakers for $2,500 (only took 30 minutes) here:

But in case you want the cliff notes version here are the 4 main steps:

That’s a high-priced item and an unusual one at that. But you can do something similar, starting with lower-priced items. Just be sure you’re buying those items at well below what they’re selling for on popular platforms.

The secret with successful flipping is buying smart.

A good product will practically sell itself.

Even if you’ve never done it yourself, I’ll bet you can! It’s the basic concept of “buy low, sell high” applied to merchandise. There’s real money to be made, too.

Not everyone who shops at garage sales and thrift stores buys items strictly for personal use. There are plenty of people who buy those bargains and sell them at a profit – sometimes a great big one. Some do it regularly, others only occasionally.

Here are examples of people who are doing just that:

“Selling items is something that I’ve been doing for a while now. I’ve flipped things on several platforms including eBay, Mercari, and Craigslist. Last year, I made $11K selling things in my spare time.” Jason Butler, My Money Chronicles

“Inspired by the flipping shows on TV, my teenage son and I dabbled in garage sale flipping a few years back. Once we picked up a late model washer/dryer combination for $50 and sold it on Craigslist a few days later for $425. Other stuff was smaller, but easy money. It was so easy my son asked me one day if what we were doing was illegal!” Kevin Mercadante, Out of Your Rut

“My husband is constantly picking up stuff from the side of the road, storing it in our garage, and flipping it once I flip out on him from the accumulated clutter. People leave the craziest things in the alley or on FB Marketplace for free. He’s done grills, children’s toys, lawn equipment, and a bunch of other random stuff.” Jen Smith, The Frugal Friend’s Podcast

For some flippers, the activity is casual. They flip when I find a good bargain that can be sold for easy money. But for others, it’s an ongoing venture – even a side hustle.

I’ve flipped tons of stuff. It’s crazy how active FB Marketplace is in our area (I’m sure it’s the same for many). When we flipped a house in the past year, the yard was full of stuff—sold a ton on FB. When I moved a business to a smaller location, we sold shelves, chairs, partitions, cabinets—all on FB. But out of all the stuff I’ve sold, my favorite was this cool leather chair I bought for $30, sat in for a year, and then sold for $125 when we sold our house this past year. I always get excited and bring it up to my wife – ‘Hey babe! Remember when I flipped that…’ ‘I know, I know – the chair.” Brooks M. Conkle, Brooks Conkle.com

“I think one thing that can be really neat with flipping is what some folks view as garbage or worthless is actually really desirable in some niche communities. A few months ago, at a thrift store, I stumbled into two sealed boxes of reel-to-reel audio recording tape. Worthless right? No one uses reel to reel tape, they don’t even make the stuff anymore (or at least at scale).

Having previously been part of the music recording industry I knew there are some people that are WAY into analog recording. I bought the two boxes for a total of $12 and sold them for about $130 on eBay.

The same goes with old expired 35mm photography film. Some expired/discontinued film has gone UP in value. The point is that it’s worth knowing what some small niche groups are looking for, what some people literally might throw away thinking it’s worthless can be worth a lot – if you know who to sell it to.

Just another thought, my brother was on the Bay Area Craigslist the other night looking in their free section and it was astounding what people were giving away for free. Such as several baby grand pianos and an “old” Apple laptop.” Bret Stein

Okay, so far we’ve been talking about flipping garage sale items as either a casual or a part-time activity. But for some people, it’s become a full-time business.

That describes Rob and Melissa Stephenson, full-time flippers, and the hosts of the website The Flea Marker Flipper. They not only turned it into their full-time business, but it’s also very much a lifestyle.

Rob had been flipping items since he was a teenager. He learned about it from his family’s regular practice of shopping at garage sales and thrift stores. While most of the items were used for the family, some were sold to earn extra money. Flipping was something of a way of life for Rob at a very young age.

When he was just 16 years old, Rob wanted to buy a Mustang convertible. The strategy was to flip NordicTrack ski machines, taking advantage of people moving to Florida from northern locations who no longer needed exercise equipment, since they could exercise outdoors. He’d buy them for just a few dollars, then sell them on eBay for several hundred.

When he and Melissa married, they initially used their flipping profits to pay for vacations and unexpected expenses. But when their third child came along and Melissa decided to stay home to be a full-time mom, flipping turned into a more serious side hustle.

But just before the baby was born, Rob’s job as a home inspector was downgraded. That’s when flipping became a full-time occupation. That was in 2016, and as you’ll see below, it was also the couple’s highest earning year in the flipping business.

How Much Have Rob and Melissa Made Flipping?

A flexible lifestyle is certainly a great benefit with this kind of career. But what about the money? How much can you earn with flipping?

Here are the numbers Rob shared with me:

According to Rob, the couple began flipping as a side business in 2015. They finally turned it into a full-time venture in 2016.

2020 was there lowest earning year. They had $42,359 in gross sales on 70 items sold, and $32,877 net. That’s because the Stephenson’s were focusing on helping and coaching others with their flipping gigs, leaving less time for their own business. But the coaching work fetched them over $200,000!

It’s also worth noting that the Covid-19 pandemic didn’t impact the Stephenson’s business.

Buying items others are looking to get rid of has enabled Rob and Melissa to earn a good income, while having control of their time and living life on their own terms.

That’s one of the most compelling descriptions of a moneymaking venture I’ve ever seen.

“I love that we don’t have real jobs,” Rob brags. “I think our friends sometimes wonder if we actually work. Which we do – we just get to design our schedule.”

How YOU Can Become a Garage Sale/Flea Market Flipper

One thing Rob is certain of is that just about anyone can become a flipper. No special certifications or education are required, and you don’t even need any special equipment.

“Sometimes people don’t try flipping because they think you need a truck and a trailer and a storage unit to start,” Rob says. “But that couldn’t be further from the truth.”

You just need access to a car and a smart phone to get started. It can feel overwhelming if someone is trying to do a lot at a time or learn a lot of apps at one time. Rob’s advice is to pick one app (eBay, Craigslist, Facebook Market, etc.) to learn, then start small. The process is actually pretty simple once you learn it.

His advice is to start where you’re at, by first selling unwanted items you have in your own home. “It’s the best way to learn how the platforms work, to gain confidence, and make mistakes – without investing any money in inventory.”

Once you start small, you don’t have to stay small.

“Our business model is to focus on higher profit items and lower volume, instead of high volume/low profit,” advises Rob. “We do so we have more time to spend with our family and with each other. Most people won’t ship the large expensive items – and we will find a way to ship anything. It allows us to spend less time cleaning, taking pictures and listing, and more time with our family.”

But sometimes you can pick up sellable items just from scavenging. “We love finding items to flip!” adds Melissa.  “We do tend to drift to the larger – higher profit items, but there is something about pulling something out of the trash, saving it from the landfill and making some money on it. We’ve done a few old TVs recently that people threw away, but vintage gamers love them for the old games. There was a small CRT TV that we found in the dumpster and sold it on eBay for $160.”

Rob recommends against quitting your job right away. He advocates finding your grove before going full-time. “Once you have a proven record at so many hours a week,” he advises, “then you’ll know what you can do if you had more hours to put towards your business.”

If you want to learn more about Rob and Melissa’s story, they were gracious enough to stop by my YouTube channel here:

A lot of folks are looking for ways to earn extra money. Flipping garage sale items is one of the best and easiest ways to do it.

There are plenty of advantages:

Flipping garage sale items can also be a perfect income source for college students, stay-at-home parents, and even retirees. After all, there’s no boss, and no schedule to keep. Perfect!

As an entrepreneur, I know the value of having multiple sources of income. But if you’ve only ever relied on your job for money, creating multiple income sources can seem like climbing Mount Everest. Flipping garage sale items is a soft way to build a second income that truly anyone can do.

Once you build a second income, you may gain the confidence to begin a third. And once you get two or three income sources going, you may be able to quit your full-time job and become a full-time entrepreneur.

If that’s a goal you have for yourself, and I can say from personal experience it’s one well worth having, flipping garage sale items is one of the very best ways to make it happen. 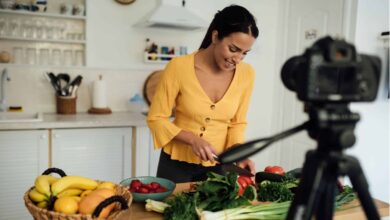 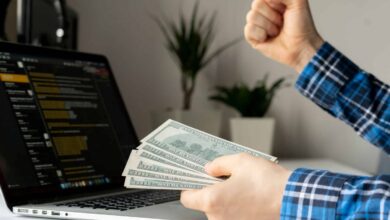 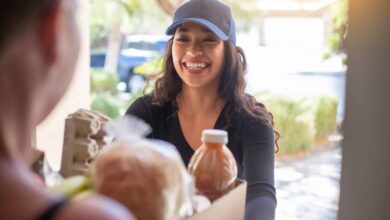 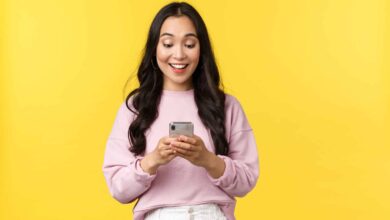